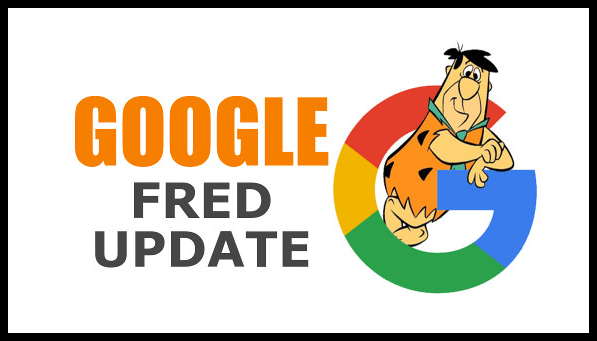 Google has remained determined to improve (read, clean up) its rankings algorithm. Almost all of its updates in the past 5 years have impacted websites that rely on spamming, black-hat techniques (primarily, keyword stuffing), poor content and dubious link-building in their effort ride to the top of the SERPs. The Google’s ‘Fred’ Update – last reported in March 8, 2017 – has so far been identified as one of such step that the search engine leader took towards the direction to make its algorithm a little bit more efficient. ‘Fred’, similar to its other counterparts from Google’s stable, is almost certain to have permanent impact on the rankings and search credentials of websites across the world.

‘Fred’ is a Need!
What can be more annoying than landing on a Google SERP that leads to sites that are junk-load of ads and, worst, landing pages featuring content that has no semblance of relation to your search – most of all serving poor, of not wrong information, in the pretext of value? Active users have been facing this for years as optimizers tried dubious tricks to scale up rankings. Such instances provide a classic case of poor user experience that harm Google’s business. Updates such as ‘Fred’ are made to arm Google’s crawlers with the efficiency to ascertain quality of a website with more precision and thereby helping users in finding relevant content in relation to the ‘search terms’ they have used!

‘Fred’ or No ‘Fred’
“This happens several times a day, hundreds of times in a year”, says Google’s Webmaster Gary Illyes, on being asked to share specifics about the ‘Fred’. The sweeping g impact brought about by this certain ‘unnamed’ and ‘unpublicized’ update resulted in ‘spikes’ and ‘lows’ on rankings of websites earlier this year – March 8th to be precise! Leaving webmasters alarmed and SEO forums filled with notions about the possibility of a Google algorithm update.

There was an update – followed by many more, much granular – but Google remained silent to provide a name to it. Garry Illyes only ignited the imagination of the creative webmasters by citing the update and attaching a photo of a clownfish seemingly protruding its face out of pack of seaweed. He then agreed to name to it – Fred.

“Sure! From now on every update, unless otherwise stated, shall be called Fred” Garry shared that over a tweet. That update, now referred to as the “Google Fred Update”, has however been denied by Google – if not entirely, but to a certain extent. Around the month of June, after a long-drawn silence for over two months, Google finally came out with a suggestion that “There was No Fred update from our point of view”.

Instead, the search engine leader referred to the change in rankings and search performance of certain websites to be the result of a series of changes in the algorithm that spanned over months. So we can safely assume that in all there was not ‘one’ update to be categorically named as anything. Instead what we saw then (and perhaps continue to see) is a result of a several coordinated efforts directed to ameliorate the algorithm and impact the ranking quality holistically.

The update seemed to have targeted websites that featured outdated, poor or irrelevant content or ads, affiliate links, low-quality inbound links. So a cleaning was a must. Add to the woes are many websites taking advantage of well-known search preference algorithms undertaking keyword stuffing on their content while failing to serve visitors.

Google certainly did well to lower their traffic and dropping their ‘undue’ rankings on SERPs.

‘Google’s Fred Update’ is series of search engine algorithm-improvement steps that the search engine leader has been taking for over the past 6-7 years. The series of update targeted websites featuring low-quality links, irrelevant ads and poor content.

No comments to show.